Information about our Children's Classes, the teachers and a full timetable below.

Our children’s classes are fun, enjoyable and beneficial at the same time, we aim to keep the classes relaxed and not intimidating.

We try and offer children as many performance opportunities as possible, from local festivals and shows to London and Disneyland. We take children through their Dance Exams and offer workshops too. The shows, exams and performances are notcompulsory, there is no pressure to do any of them, we just like to offer children a range of unique opportunities.Imogen Bucknall and Annabelle Bucknall are the two main teachers that lead our children’s dance classes.

They both have performed at spectacular venues including Disneyland Florida and Paris, The Royal Albert Hall London, Her Majesty's Theatre, Butlins, Flamingo land, The Baths Hall, Nottingham's Royal Concert Hall, Saddlers Wells and many more! They both took part in ADFP (part of the I.D.T.A.) Freestyle Competitions for 8 years and competed at Championship Levels. Imogen and Annabelle are Associate level qualified Dance Teachers under the I.D.T.A. Both girls are also  DBS checked, Paediatric First Aid Trained and Safe Guarding Trained. They both hold various other qualifications too. Imogen and Annabelle are part-time sports coaches.

Studio 3 often work in partnership with Summers in Time and Summers Knight Dance Studios. Summers in Time's owners, Stephen and Sarah Summers, are world 10 Dance Champions 2014, 2015, 2016 and 2017. Sarah is the daughter of the conventional Roy and Mary Knight.

Please note, due to COVID-19 we are having to limit the amount of people attending our classes. Therefore, where possible, we will offer an overflow class if we are fully booked. This means, booking is essential for ALL classes, every week. Block bookings are available below. (So you don't have to book every week.)  Payment is required before a class to secure your place. 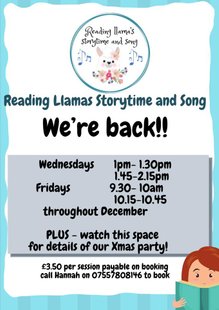 Step 2 - Please transfer the class fees to the details in the box.

(Please note your place is not secure until we have recieved payment. Any queries please don't hesitate to contact us.)

Step 3 - Please read our Coronavirus Rules and Regulations before attending. (These can be found below the payment details.)

Due to the weather changing and COVID-19 we are having to be stricter with our booking system as we cannot use the outdoor space anymore. There fore, all  bookings must be completed 6 hours before the class begins. However, we are trying to stay felxible. So if you'd like to book a class last  minute, please call or text us on 07713157665 and we will try and help.

Due to a large amount of bookings at the moment, please allow 48 hours for a confirmation email.

Bookings must be completed 6 hours before the class time to be valid. However we are trying to stay flexible. So if you'd like to book on last minute please call or text us on 07713157665.

Due to a large amount of bookings at the moment, please allow 48 hours for a confirmation email.

Please note your place is not secure until we have recieved payment. Any queries please don't hesitate to contact us.

Due to COVID-19 we have to implement the rules below. These are in-line with The Government's Guidelines. Where possible all classes will be outside.